BakerySwap is a DEX on the Binance Smart chain. It is similar to DEX’s like UniSwap or SushiSwap, with a few important and unique distinctions.

The most major of course is that BakerSwap is not on Ethereum, the Binance Smart chain allows it to operate at much lower fees. This can be an attractive feature for users, especially during the drastic fee spikes that occur on Ethereum during high trading volumes. However, it comes at the cost of only being able to interact with BSC native BEP-20 tokens, rather than the often more high valued Ethereum ERC-20 tokens. Still, there are workarounds such as derivatives of high-valued project tokens being minted on the Binance Chain. But for some, being able to interact with BSC is enough.

Making a trade on BakerySwap will be extremely simple for anyone who has used a DEX before. However, beginners and veterans alike will be happy to see that the fees are much lower than something that would be found on Ethereum, with transaction fees almost always being under a dollar. This eliminates the high cost of transaction failure one would see when interacting with a protocol like Uniswap, not only because the fees are cheaper but because they are so cheap that most users can afford to avoid failure completely by pushing transactions through immediately.

The exact process for making a trade is to sign in to a BSC-compatible wallet like MetaMask (See our guide on connecting Metamask to BSC), select and approve the token that you wish to swap out, enter the amount to swap, and then make the final transaction. The entire trade only has to take a couple of minutes.

A few important notes on the trade are displayed at the bottom of the interface, these should be checked before clicking the final button. These are the minimum amount of tokens that will be received, the LP fee, and the price impact of the trade. Make sure that these all line up to the actual trade you wish to make, it will usually be fine, but these numbers can be thrown wildly off when trading on low-liquidity token pairs.

On the supplier side of the DEX, users are providing liquidity. Again, this works almost exactly in the fashion of the likes of UniSwap or SushiSwap. Liquidity providers earn fees by providing token pairs for users to swap between, this is the aforementioned ‘LP fee’.

To provide liquidity users click the ‘Pool’ tab on the transaction screen or the ‘Liquidity’ tab on the sidebar. From there they confirm the pair they wish to add liquidity to and the amount they wish to provide. The total values of each token they are providing must match up, so if a user is providing $5000 worth of BNB to the BNB-BAKE pool, they would also have to provide $5000 worth of BAKE.

The BAKE token is the governance token of BakerySwap. As its main function, it represents votes in governance. However, it can also be used to earn yield or be staked to earn NFTs.

Users stake standard tokens and LP tokens to earn Bake. The protocol mostly uses this tab to further incentivize liquidity in certain pools, and the APYs can be very attractive.

Users stake BAKE to earn other tokens or use the ‘Bread’ pool to stake BAKE for more BAKE. This is attractive for committed holders.

Here, a rotating lineup of special NFTs is offered for stakers of certain tokens. These are often from other protocols partnering with BakerySwap to offer their own limited edition NFTs. Past protocols featured have included 1inch and Tokocrypto.

In addition to being a DEX, BakerySwap sets itself apart by also offering an NFT marketplace. It isn’t just limited to the NFTs earned through BakerySwap’s pools but also features artworks and game NFTS.

Even more, there is a feature that lets users easily mint their own NFT’s directly from within the protocol. All that is needed is for a user to enter the artwork name, artist name, some descriptive text, and then to upload the NFT media. This could be an image, a video, gif, or audio.

The actual marketplace functions very similar to platforms such as OpenSea, though the interface is simplified. There are a few different menus for the major NFT categories and artists offered, and a search function for finding specific items. Users can buy the NFTs either through a simple sale, or an auction.

Further proving that it doesn’t aspire to be just another DEX, BakerySwap has launched its own synthetic Ethereum staking coin. This will allow users to have exposure to ETH 2.0 directly on the Binance Smart chain through the BakerySwap platform and will be used in some of BakerySwap’s pools.

Though in some ways a standard DEX with cheap fees, BakerySwap has set itself apart with both a unique brand and its integration of an NFT marketplace. For BSC users, this makes it a great option not only for cheap swaps but as a one-stop shop for buying both tokens and NFT art. It looks primed to continue doing new and interesting things not typical of a DEX, and it will be interesting to see how it proceeds in the ecosystem.

Gemini Review – Why You Should Trade on Gemini 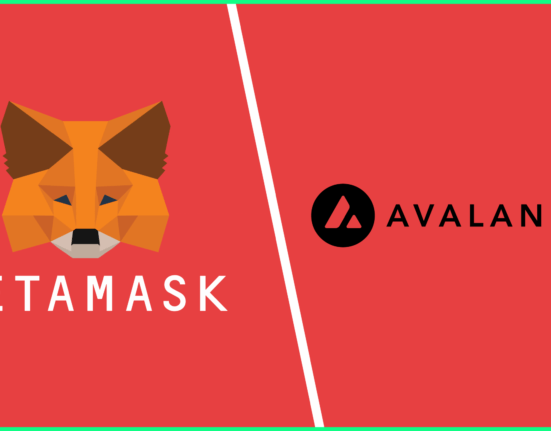 YanDNA New IPFS BlockChain; What Does This Mean?